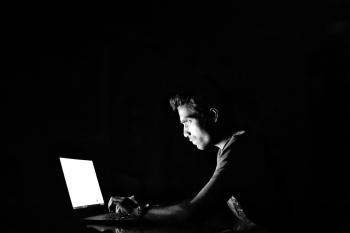 Twenty years ago Netscape, in an inspired move, released its source code for the Netscape Communicator web browser. It was unprecedented and wholly unexpected for a publicly traded company that had just announced disappointing figures. Netscape’s web browser was its crown jewel, the essential tool that formed the foundation of its raison d’etre. So why would they release the ingredients of its lifesource to every interested person on the face of the planet?

In the aftermath of the code being made public there was some discussion over what code like this should be called. Eventually the term open source came into being. Soon thereafter The Open Source Initiative was formed and Bruce Perens, co-founder of the initiative, cobbled together the official Open Source Definition from previous writings.

Two decades have since gone by and in that time Open Source code has become part of almost every aspect of our digital lives. Open Source powers many of the programmes, apps and operating systems that we take for granted.

In the grand scheme of things the whole Open Source movement is still young. Android devices and Safari mobile browsers are only the tip of the iceberg when we truly take into consideration the proliferation of Open Source code and software.

Nowadays free software is available for your desktop or smart device at the push of a few buttons. However we have in part the ‘70s spirit of sharing and of community to thank for that. Remember that Steve Wozniak wanted to give away his designs for free before Steve Jobs declared that they should charge? Less famous but just as influential was Richard Stallman who wanted his GNU operating system to be available to whoever wanted to modify it to suit their own ends.

Guys like Wozniak and Stallman didn’t want to do those things based on industry analysis or a marketing exercise. Their intent was born out of ideology that anyone should be able to have total control over the technology they use.

Eric S. Raymond was involved in the move that brought Netscape’s web browser source code to the masses. He revealed in a post, “Goodbye, “free software”; hello, “open source””, that the idea of "free" software scared "corporate types".

"We now have a pragmatic interest in converting these people rather than thumbing our noses at them," Raymond wrote. "There's now a chance we can make serious gains in the mainstream business world without compromising our ideals and commitment to technical excellence."

The Open Source Initiative wasn’t intended to bring free software to the masses. It was meant to free software to make it more open to customisation. After 20 years the debate still goes on as to whether open source is a better alternative to proprietary software. The debate may be ongoing but the growing support for Open Source shows that more people are in favour of it.

At EDC4IT we are major advocates of the Open Source movement and are excited about what the next 20 years will bring. Check out our range of courses for experts and beginners and don’t be shy about getting in touch to tailor a course for your company.

Published 2018-02-16, tags [open source]
This article does not necessarily reflect the technical opinion of EDC4IT, but purely of the writer. If you want to discuss about this content, please send us an email at support@edc4it.com.